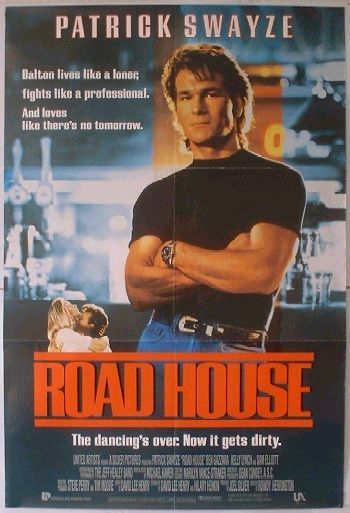 There I was minding my own business and walking the dog around our block when I was confronted by a strange man wearing a Ronald Reagan Halloween mask and a black suit. "Listen," he growled at me, "I've seen things...things you wouldn't believe...things...you couldn't believe...things....you shouldn't believe - and I need you to tell America about them." With that, he pressed a manila envelope into my hands, turned, and ran off.

Inside that backpack were two sheets of paper, and on those sheets of paper was the following list. Handwritten in a scrawl that seems both half-mad and full of strange conviction, I am re-typing it and publishing it here so that you can make up your own mind about what it means. As for myself, I'm left with a curious, inexplicable sadness; a strong sense that our world has been deprived of something grand and vital. I find myself hoping against hope that I'll see that mysterious stranger again, and that he'll bring some Blurays with him, because I have GOT to see these movies. If you've encountered any evidence of their existence I urge you to send it my way at mmorsewrites@gmail.com

1989: Road House is unleashed on an unsuspecting world and is surprisingly profitable, though critically unloved. United Artists begins contemplating a follow up.


Watched by undercover agent Desiree Peeples (Robin Givens), Dalton is arrested for the murder of Brad Wesley and given the chance to clear his record in exchange for bringing down notorious drug lord and club kingpin Carver Perone (Judd Nelson) who has been supplying clubs with a seemingly unstoppable flow of cocaine.

Dalton agrees, but only if he's given the chance to choose his own partner. Returning to NYC, Dalton recruits Romeo (John Leguizamo), a former friend and fellow NYU Philosophy student who turned to a life of crime. Aided by mechanic/gadget man Sledge (Ice-T) the two former buddies manage to bring down Perone and clear their respective records.

Swayze returns in the role of Dalton, however Sam Elliot opts not to return in favor of  starring in Double-R, in which he plays a cowboy turned reluctant secret agent working for the US Government in the Wild West. A financial success, 2 Stupid 2 Have a Good Time is nonetheless considered something of a disappointment by the studio.

Jon Cosell (Mackenzie Astin) is sent to live with his estranged father in the exotic world of the post-Communist Russian Federation. While at school he befriends Levis (Kenan Thompson) who introduces him to the world of underground fighting and bringing him into the path of the laid-back, charismatic Gregori (Peter Greene), an employee of gangster Yuri Yelchin (Željko Ivanek) who is persuaded to bet on Jon in the fight.

After losing Gregori's money Jon goes to work for him as a bouncer. The two become friends, and Gregori teaches Jon how to fight. The film ends with Gregori dead at the hands of a mysterious man and with Jon in mourning, preparing to compete in another fight; Sam Elliot's Wade Garrett steps into the ring. "Hola, mijo," he says with a wry smile as the credits roll.

The lowest grossing Road House film, it is retrospectively considered by critics to be something of an underrated film. Director Ernest R. Dickerson is asked to return for a fourth film.


Weeks later he receives a call from Doc (Kelly Lynch) informing him that Carrie has been murdered. On the trail of the murderer and seeking righteous vengeance, Garrett once again crosses paths with Dalton, who has been working with the US Government to infiltrate the worst bar and club scenes and take down the illegal drug trades operating within them. They discover that they are both after the same individual - bar entrepreneur and drug dealer Armand Brava (Rubén Blades). Dalton and Garrett work together and bring Brava down.

Hot on the trail of Dalton, Garrett, and their crew is Federal Agent John Dobson, played by Arnold Schwarzenegger in a move that revitalizes his flagging career as an action hero. Dobson hunts the team down as they tangle with a notorious drug lord played by Phil Hartman. There's a lot of running around, and things blow up. The level of sheer ridiculousness is doubled, if not tripled, and by film's end Dobson has acquired a grudging respect for Dalton and Co.

In a mid-credits scene, Agent John Dobson is approached by Desiree Peeples (Robin Givens), and given file concerning the hijacking of a Caribbean booze cruise containing a photo of Garrett's former girlfriend, Carrie, who had been presumed deceased.

Tasked by Agent Dobson with catching notorious international criminal Hilton Grey (Nicolas Cage), and informed that Garrett's former girlfriend, Carrie, is alive and working for Grey, Dalton and Garrett assemble a team from their past associates, including  Cody (Jeff Healey), Carrie (Kathleen Wilhoite), Denise (Julie Michaels), Romeo (John Leguizamo), and Sledge (Ice-T). All of these people have now acquired specialized heist-related skills that they've somehow never mentioned before. They'll need these convenient new abilities, because Hilton Grey has assembled a bizarro version of Dalton and Garrett's team to protect him and carry out his nefarious, mega-acted schemes.

The film ends with Dalton, Garrett and their "familia," as Garrett calls them, victorious, and celebrating their bond at the Double Deuce.

With this film the Road House franchise departs from reality entirely, turning its cast into superheroes in all but name.

A critical and commercial smash, RH7 steamrolls to a record-breaking opening weekend and a series-best BO of eleventy trillion dollars. Critics compare RH7 to the Beatles and to landmark Supreme Court cases. The plot of RH7 is now entirely irrelevant. Give yourself to RH7. Be one with it. Join the collective.


The list ended there. I leave it to you to decide what to make of all this.