Stealing Fire: In Praise of Prometheus 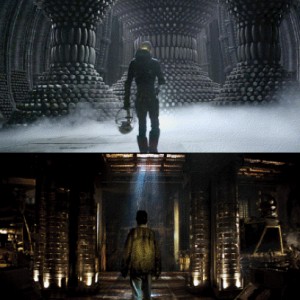 Ridley Scott's Prometheus gets a bad rap. To back that statement up I wrote far too many words about the film and had the temerity to put them online. I'm happy to say that overall the piece was well-received, even if people didn't agree with my positive opinion about the film itself. That's the best sort of reaction that you can hope for when your bread and butter is eye-rollingly overlong "think pieces" about divisive entertainment. If you're interested in reading about the Nietzschean concepts that underlie the film, or about the ways in which Scott's movie grapples with religion/faith/belief, boy have I got a whopper of a brick to drop on you.
You can read Stealing Fire: In Praise of Prometheus right here.
at March 31, 2016