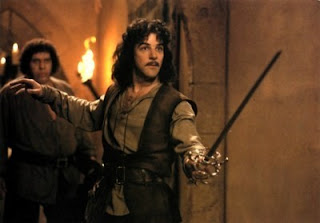 The First Amendment reads as follows:

Congress shall make no law respecting an establishment of religion, or prohibiting the free exercise thereof; or abridging the freedom of speech, or of the press; or the right of the people peaceably to assemble, and to petition the Government for a redress of grievances.

The First Amendment is a thing of beauty. I love it the way that some folks love the Second Amendment. And it irritates me thoroughly when people who should understand it by dint of their profession or their publically-expressed opinions are shown to have absolutely no idea what it means or how it applies.
First, "Dr. Laura" announced that she was leaving her cushy radio gig at the expiration of her contract following this incident.

"The reason is, I want to regain my First Amendment rights. I want to be able to say what’s on my mind and in my heart and what I think is helpful and useful without somebody getting angry, some special-interest group deciding this is the time to silence a voice of dissent and attack affiliates, attack sponsors."

To say that the doc's understanding of her Constitutional rights is skewed would be understating things. The First Amendment (among other things) prevents Governmental interference with free speech - it does not prevent citizens like you and I from speaking freely about her bewilderingly empathy-free remarks and senseless wielding of the "N word." It does not prevent people from "getting angry." If it did then it would in fact operate in the EXACT OPPOSITE WAY its supposed to - by using governmental power to prevent the free expression of ideas.

I am the one-billionth person (approximately) to point this out, and I add nothing to the discussion by doing so. If you have the most basic grasp on your Constitutional rights then you don't need me pointing this out - it's obvious.

But it gets worse.

This, ladies and gentlemen, was the Republican nominee for Vice President of the United States - a woman who composes tweets with all the élan of a sixteen year-old girl on a pixie stix binge; a woman who also has zero idea of what the First Amendment functions to accomplish. According to Palin's (let's put it charitably) unique view of things, Dr. Laura's "1st Amend.rights ceased 2exist thx 2activists trying 2silence" which, in addition to being an incomplete (and awful) sentence, is about as flat-out wrong a statement of fact as you could possibly make. The idea that Schlessinger's 1st Amendment rights "ceased to exist" at any time is laughable. The idea that this woman could have been the second-most powerful person in the world?
Not so laughable.

Dr. Laura's First Amendment rights continued to exist throughout this brouhaha, and continue to exist right now, because there was never governmental interference involving her right to speak freely. The vocal criticism leveled at Dr. Laura came from private citizens and "free market" corporations - the very same kind of populist/corporatist activism that Palin pretends to champion when it suits her ever-Kaleidoscoping agenda.

If the First Amendment (a) was actually important to Palin she'd be vocally-opposed to preventing the free exercise of religion via governmental interference. That is, after all, the first sentence of the First Amendment. And yet, Palin continues to flog the "America is a Christian nation" horse, long after said-horse has expired. Palin and her supporters would object to my conflating the two, but I'm not sure why - they're the ones doing the conflating. Arguing for a "National Day of Prayer" that's mandated by Congress (as Palin has done) is to argue directly against the words of the First Amendment. To establish a National Day of Prayer is to have Congress make a law "respecting an establishment of religion." That's logic.

And if the First Amendment (b) worked the way she believed that it does, her words regarding the proposed Cordoba House in Manhattan would, in fact, mean that she was violating the First Amendment by (God help me) "trying 2silence" that community center.

So, here we have a woman who wants 2silence a community center by harnessing citizens to spread and enforce her personal worldview while simultaneously decrying that exact same thing in response to citizens who've criticized the doc's words.
Here we have a former candidate for Vice President without a basic working knowledge of the laws she'd be sworn to uphold. Remember that when she inevitably decides to run again in 2012/endorses someone similarly clueless.

If Palin's looking around for a winky-folksy 2012 campaign slogan that lampoons her hated opponent in the White House she could do a lot worse than "The Audacity of Ignorance."

PS - To read a cuttingly-precise, typically well-written satire of the whole "Mosque controversy" you should head over to Slacktivist. Even Christopher Hitchens, a man I would willingly and eagerly engage in probably-humiliating debate (for me, not him) on any number of issues, from imperialism-as-policy to his whole "God is not great" idiocy, thinks the "controversy" is ridiculous.
at August 19, 2010