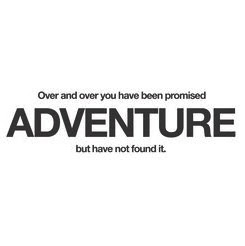 Primer is one of the most interesting films you've never seen.

Shot on an infintesimal budget ($7,000!) by a first-time writer/director/actor/editor/composer(!!!), featuring no "name" talent, and containing a story that must literally be seen more than once in order to piece things together, Primer is fundamentally challenging, fundamentally intelligent cinema.

Better yet, buy it. Click through my Amazon link on the sidebar and pick up a copy. Contribute some of your hard-earned cash to Art that was painstakingly crafted by a singular vision (literally), not a corporate processing plant. Ambition is to be celebrated, and Primer is nothing if not (insanely) ambitious.

Anywho, the point of all this giddy recommendationing is this: Shane Carruth, the writer/director/actor behind Primer, seems to be potentially moving forward on his next project. Chud.com reports that Rian Johnson - director/writer of Brick and The Brothers Bloom, both movies you should also rent - tweeted (uggghhh) the following news yesterday: "Shane is alive and well and has a mind-blowing sci-fi script. Let's all pray to the movie-gods that he gets it made soon."

Apparently, the title of the script is "A Topiary," and there's a site up now featuring the intriguingly-vague image posted above (and nothing else, or I'd link to it also). A site called Playlist apparently has the script for the film, which they've written up. I'm increasingly wary of spoiling myself on a film before I see it, so I'll be avoiding more details on this one and simply hoping that Carruth finds the funding he's looking for.
at June 23, 2010