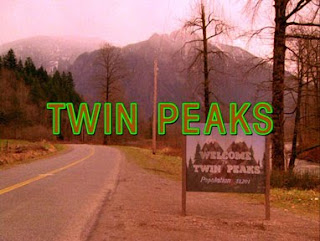 Click here to be taken to the full article, which gives some unsolicited advice on how to watch Twin Peaks, talks a bit about what's interesting to me about it, and generally rambles on for no discernable reason (an aspect I should look into copyrighting, since I'm so darned fond of it, apparently).

I'll be watching the pilot episode tonight. Check in tomorrow for the InstaReaction!

UPDATE: No Instareaction today, obviously. No time to watch last night (sadface). I've seen a couple of folks on Chud complain that the pilot episode is "slow" and "boring." I disagree, but I think that's a valid subjective reaction, especially because the pilot is intentionally paced as a kind of requiem. If you've never watched Twin Peaks before, let me suggest that you approach it the way you would an older film.
at June 14, 2010